Right from the beginning, Planet of the Apes settles itself on a nexus between tactile action and implacable inaction. The prologue, set on a spaceship as astronaut George Taylor (Charlton Heston) throws his throaty baritone into a mission log, establishes the very 2001: A Space Odyssey sub-Kubrickian cosmic chill of the material. Taylor, along with Landon (Robert Gunner) and Dodge (Jeff Burton), are on an amorphous vision of an intentionally nebulous, even pointless nature; what matters is not where they are going or why, but the existential frostiness of the pallid white of the ship’s interior and the very present deadened quality in Heston’s worrisome but unconcerned voice.
END_OF_DOCUMENT_TOKEN_TO_BE_REPLACED

Reviewing the quintessential Euro-cool movie of the 1960s gave me the idea to add on a little bonus review of perhaps the most European of the “cool American” films of the decade, a truly great work of experimental pop from the master of not deciding whether his film would be amazing or awful, John Boorman…

It is easy to reduce John Boorman’s Point Blank to its functional qualities. A man (Lee Marvin) is double-crossed by his partner-in-crime, left for dead, returns, and seeks vengeance on those who did him wrong. But it is the John Boorman secret that, generally, the quality of his films – and as we all know, a John Boorman joint is the definition of fulfilling a quality, be it positive or negative – was determined by his ability to strip his works down to their bare essentials. Generally, the more mired in screenplay complication and their own self-serving jargon-esque philosophical mumbo-jumbo, the more we arrive at trash like Zardoz and The Exorcist II: The Heretic. The more the screenplay was nothing more than a functional idea for Boorman to engage in pure, unmitigated craft, the better the film. And Boorman the startling, sleek, stripped-barren craft-person is one of the great modes of any filmmaker in cinema history. He lost his way time and time again, but he was always there with another genuinely great classic waiting under his belt. He just had to keep John Boorman the writer in line so that John Boorman the director could have a day at the races.
END_OF_DOCUMENT_TOKEN_TO_BE_REPLACED 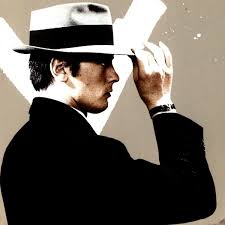 First, a pre-review: An inherent bias precedes the Pop! feature here, a bias toward American film. There are a variety of reasons for this. The first, honestly, is that part and parcel with the feature is the idea that American pop was a curious beast during this particular decade, and that the evolutions in pop filmmaking are perhaps the only meaningful ones found in that decade of American film. Drama was a wasteland, and the Europeans and the Japanese were doing wonders with experimental cinema during the decade. As for the Americans, absurdism and non-narrative surrealism, and the larger experimentation with film form and storytelling that permeated from those world trends, were diluted into popular genre cinema for playful mass entertainment (mass entertainment being what America does best, after all).
END_OF_DOCUMENT_TOKEN_TO_BE_REPLACED

There’s an earthen quality to way Sergio Leone understands location that is almost otherworldly. The mood, the atmosphere, the sense of a place; they all seep up from the cracks, and he strangles you with it. Everything about the characters and the conflict is just laid out plainly and honestly on the screen in a sort of pure cinema we really didn’t see in genre works in the mid ’60s (horror excepted, and also, notably, the other great genre of the Italians in the ’60s). The sand doesn’t just exist; it hoarsely croaks, it robustly swallows, it does a stalwart, omnipresent, Herculean take-over of the entire event of the narrative and coats everything in a throaty sort of impact that cinema rarely attempts. We aren’t just watching sand. We’re rasping our voices. We’re searching for water. We’re drying out as we sit, welcoming each bead of sweat like an old friend to be ravenously devoured.
END_OF_DOCUMENT_TOKEN_TO_BE_REPLACED 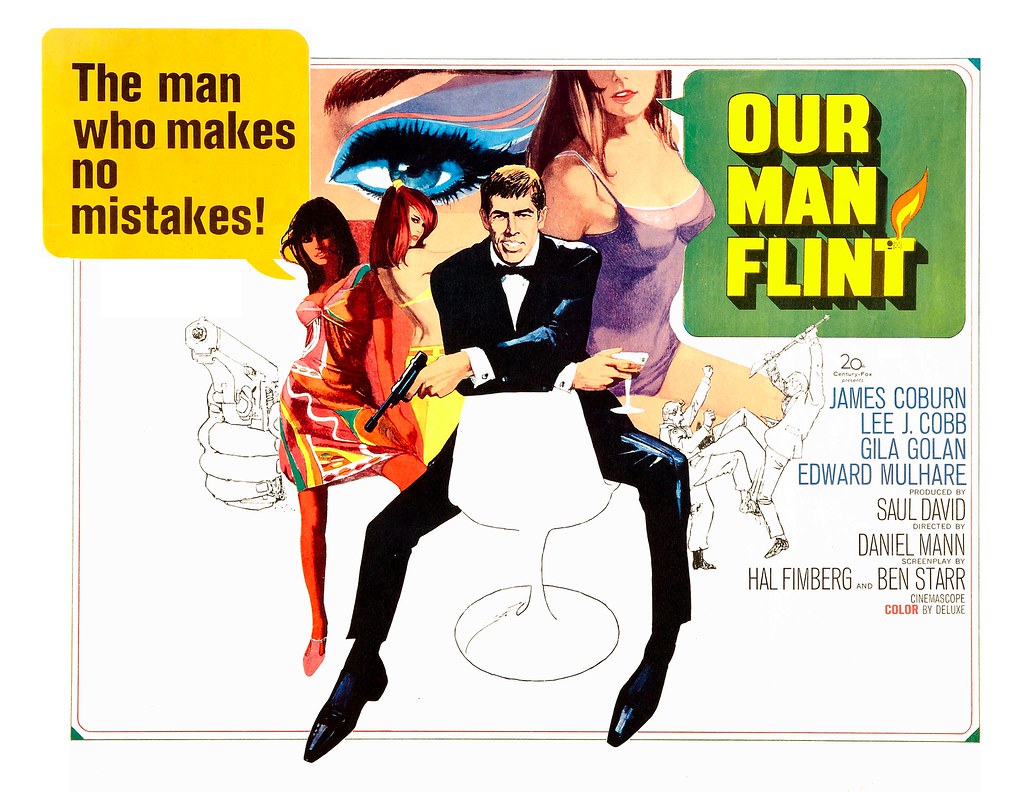 Our Man Flint is not the best film to wield as a cipher for the amorphous concept of “camp”, but it is sufficiently campy to justify bending an analysis in the direction of camp. Arguably, a better film would be the following year’s Batman: The Movie, but although Batman is probably the better film as far as outright absurdism goes, Our Man Flint feels more honestly campy. This may seem patently ridiculous, but a further dissection of what exactly camp is (and exploring pop in the ’60s absolutely insists on a discussion of camp) helps us understand why Flint is a work of camp while Batman moves back and forth between camp and something more openly satiric. The privilege of Batman is the privilege of satire, namely that it has the confidence of its own superiority to the world of the “serious”, and that is not something Our Man Flint even considers.
END_OF_DOCUMENT_TOKEN_TO_BE_REPLACED

Yet it was that inept side character, and not the smarmy jewel thief, who proved the immediate success story, so much so that he was written hastily into another screenplay to facilitate another vehicle for the character to generally mess up the place and lack a clue. That character, Inspector Clouseau (Peter Sellers) proved a most unlikely attraction to strike a chord with an audience; buffoonish, insistent, and doughy in both his messy confusion and his inability to admit to his inability to do anything else except be confused, he was a ’30s screwball side-character who had inexplicably skipped a few decades and stumbled into his own feature film series in the ’60s. END_OF_DOCUMENT_TOKEN_TO_BE_REPLACED 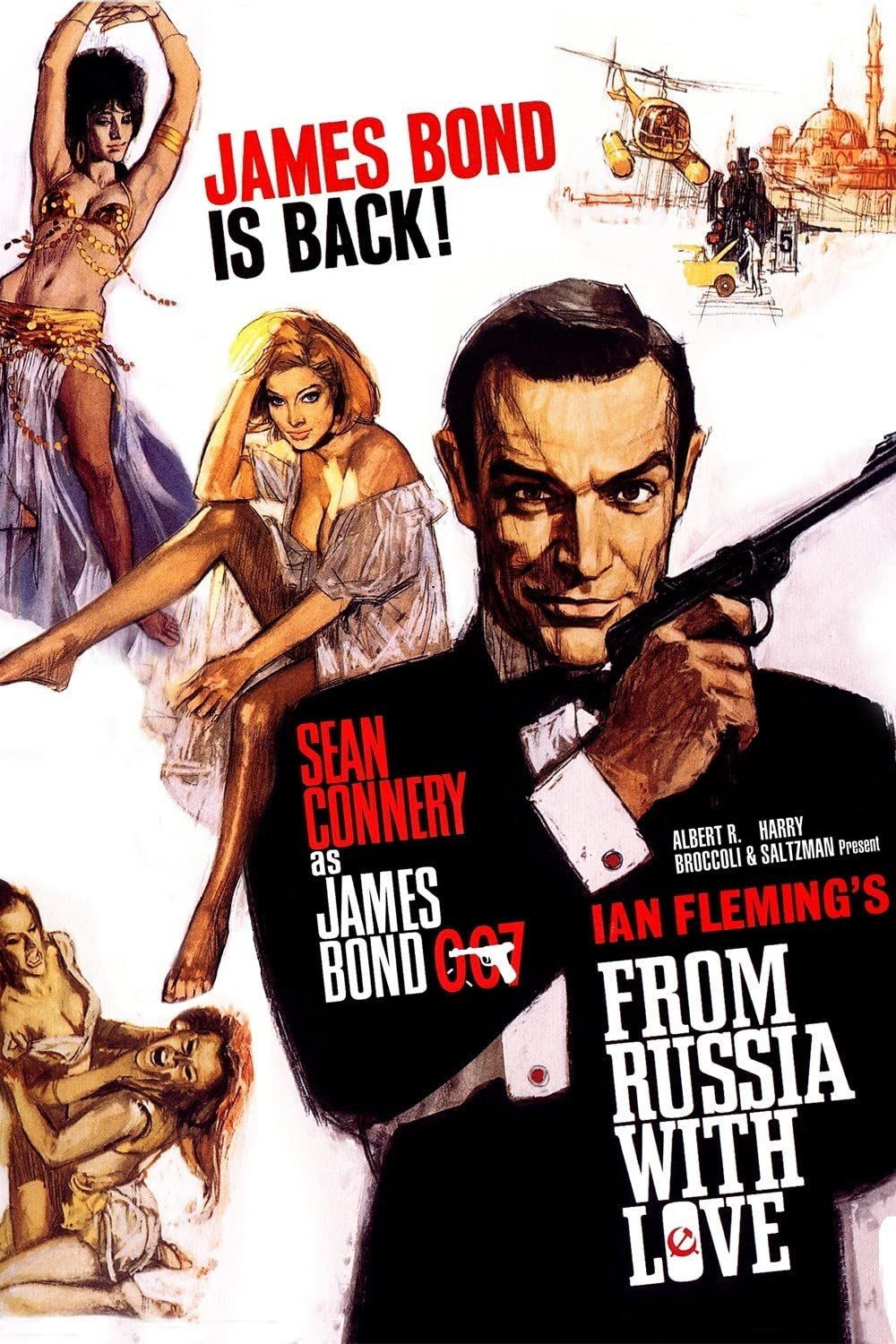 But Terrence Young’s film may very well be the best film in the entire series, and it may be the best specifically for how it does not meaningfully have anything to do with “being a Bond film”. What the lack of a formula bestows upon it is the freedom to simply focus on being itself, on being the best individual film freed from the expectations and rules of a specific form and a style. It is freed to the point where it can utilize its editing, its framing, its acting, and its writing, to simply be the best film it can be, freed from any expectations in the world of fitting a well-defined formula. END_OF_DOCUMENT_TOKEN_TO_BE_REPLACED