Visually garrulous and verbally unobtrusive, Ivan’s Childhood is perhaps the platonic ideal of the director-is-born image, a fully-formed debut for the ages. A film riddled with the ideas that would eventually molt into Tarkovsky’s future six feature films, a diminutive career (seven including this film) by any standards, Ivan’s Childhood lays the groundwork for Tarkovsky’s unmooring of the cinematic consciousness into realms both indescribably beautiful and thoughtfully revelatory. Then again, “eventually” doesn’t do justice to Ivan’s impossible grandeur and fractured intimacy; on its own terms, had the greatest director of the last fifty years not pursued a career in film at all and absconded from sight leaving only this singular mark of his trespass on our earthly realm, he would still be one of the definitive directors of the second half of the twentieth century. END_OF_DOCUMENT_TOKEN_TO_BE_REPLACED

Another of Brian De Palma’s swirling, gliding art-house exploitation films with a tempestuous relationship with the female form, Femme Fatale is perhaps Brian De Palma’s most swaggering embracement and censure of the genre-cinema project. De Palma’s film derives oxygen from cinema history – Euro-thrillers and film noirs most of all – much as his protagonist Laurie (Rebecca Romijn) draws energy from the stereotypes of women in classic cinema: using them for air only to douse them in a ferocious breath of fire. END_OF_DOCUMENT_TOKEN_TO_BE_REPLACED

A full-throated assemblage of directorly misconduct, Snake Eyes is a devious, delightful marriage of form and content that discovers visual subterfuge around every corner. Dancing in similar company with more overtly sense-refracting films from the same era – your Being John Malkovichs and every other 18-year-old film connoisseur’s favorite new discoveries, almost all of them released the year after Snake Eyes – but De Palma’s film is the lone perceptual study that also manifests its analysis primarily through camera movement, from long takes to De Palma’s trademark bifurcated screens. What a thought: a film about seeing things anew that actually demands we, you know, see.  END_OF_DOCUMENT_TOKEN_TO_BE_REPLACED

Fritz Lang’s infatuation with obsession, subterfuge, and the gossamer veil of social order are not precisely fascinating food for critical thought in 2016, but the progression of his fears might be. His customary debut to the big leagues of artistic cinema, 1922’s Dr. Mabuse: Der Spieler, is stupendous cinema, but it is sometimes assumed as the sarcophagus of his career, a film he more or less copied and only advanced a handful of times. Formally, the assumption is obviously incorrect; the advent of sound and Lang’s almost unstoppably innate understanding of how to inlay sound into his medium as a complement and commentator on the visual realm ensures that Lang was never formally stable or complete in the silent era. But what is often undervalued is how Lang began investigating his own image of a petrified world right from the get-go, transforming the horror of a man controlling the world in Mabuse into a vision of a world-as-thieves-den so robbed of humanity that any one human exerting dominance over it seemed almost passé and innocent in comparison.

By M, Lang’s first sound film, Mabuse had become a lie, a ruse, a figment of our imaginations embodied in a pasty, baby-faced child-man who was daringly and emphatically not the most damaging threat to Germany and the audience’s soul. The individual maestro behind the screen of our lives was now not an individual we could blame, but a cop-out, an excuse, a person to push blame onto to obfuscate and pacify our inner nightmares about our own souls. The moral rot was the populace itself, easing its crestfallen nature by looking for a singular entity to criminalize and thereby alleviate the social burden on the public as a whole. On the eve of Nazism, the statement was frighteningly apt and rebellious because it questioned the very Enlightenment values that, when corrupted, undergirdered not only Nazism but capitalism more broadly; if Nazism was a way to shift blame to social minorities, Lang posited, then it was only the nastiest and most direct manifestation of the latent nature of Western governance to interpret social rot as the failure of certain individuals. The solution to the anxiety and entropy running away with the mind was tethering the anxiety to certain “others”, stabilizing fear by linking it to a specific cause we can all unite in the harmony of blame. END_OF_DOCUMENT_TOKEN_TO_BE_REPLACED 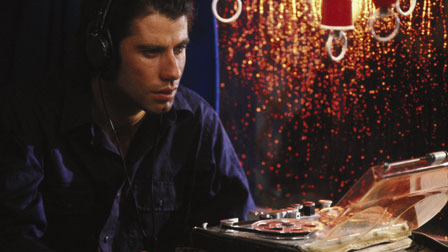 Less serrated than the frenzied, madcap pop-art exclamations of his youthful, more uninhibited days, Brian De Palma’s self-consciously mature 1981 effort is undoubtedly a work of its time, and a statement of De Palma stretching out, if not always to great effect. This update and inversion of Michelangelo Antonioni’s scintillatingly deconstructive Blow Up is an embodiment of the ennui-encrusted political halitosis of life in 1981, a scabrous redressing of the Reagan administration’s proposition of oncoming better times. Perhaps it was less De Palma maturing than adapting, having spent a cynical decade throwing the proverbial stylistic excrement at the fan in a flurry of toxic pent-up frustration and demented fun. Now, with the early ‘80s calling for a re-flourishing propaganda and jingoism, the ever-malleable, ever-angry, ever-anti-establishment De Palma swerves and gives them paranoia and an existential void. It’s not unlike the director, rejecting not only the times but his own cinematic past just to stir the shit; it is what he does best, but his best had been better before. END_OF_DOCUMENT_TOKEN_TO_BE_REPLACED

Tacky and tricky, Body Double is director Brian De Palma’s bilious libido unhinged in a startling excoriation of his own cinematic oeuvre wrapped up in an even harsher smack to his critics’ and his audience’s faces, delivered as only the director could have: an audience-mocking follow-up to his proper entry in the A-list with the distended, over-exerted Scarface. Admittedly, that earlier film still exhibits inlaid moments of vigor and self-consciously absurdist, artificial “macho” dialogue designed to mock gangster romanticism. But it is the follow-up Body Double that more dramatically and viciously works out our ability to sympathize with the screen or to even accept it as anything other than curated, controlled meaning. De Palma had already worked with John Travolta and Al Pacino, both ironically on the eve of their declines (one commercial and the other artistic), but it is Body Double that captures the platonic ideal of those two phallus-swinging actors walking down a New Jersey boardwalk like they own the place. Right before De Palma runs up and kicks them in the junk, but that’s the De Palma way: taking your self-confidence and smacking it around self-confidently. END_OF_DOCUMENT_TOKEN_TO_BE_REPLACED

Another short series about a director, this one in honor of the recently released De Palma, a documentary that continues, but hopefully doesn’t climax, the decade long reinvestigation of one of modern cinema’s most misunderstood directors.

Hitchcockian in the primordial sense, 1976’s Obsession finds Brian De Palma joining the more poetic and certainly less lurid Robert Bresson as the only director who can go round to round with Hitch for dominance over every tick, subsuming each actorly movement, and exerting force over every camera quaver by subsuming it under his jurisdiction. With its rehashed and delirium-caked Vertigo update where a New Orleans businessman (Cliff Robertson) discovers his inner-Hitchcock 18 years after his wife and daughter’s death, even the disjunctive lunacy of the film’s depiction of him courting a new woman to dress and behave like his deceased wife feels like an expression of the histrionic lunatic-fringe that is male obsession. END_OF_DOCUMENT_TOKEN_TO_BE_REPLACED

In the popular consciousness, The Sugarland Express doesn’t really exist as anything more than a wisp of a pre-Jaws memory, a forgotten distant rumor of an appetizer before the shark movie that kickstarted the blockbuster craze rips into your stomach and takes the memories of Sugarland on with it. And, honestly, the film doesn’t exhibit any particular sort of argument for why you shouldn’t un-forget it, solid and effective though it may be. While the director’s debut film – the television release Duel – makes an argument on its own terms, irrelevant to the future of its director – Sugarland is on more tentative footing, functioning most compellingly as a prelude and a curious platonic ideal for anyone who wants to mount the “Spielberg was both a New Hollywood filmmaker and a post-New Hollywood blockbuster populist” argument. Since, you know, it is literally a more palatable version of the de rigueur New Hollywood narrative. END_OF_DOCUMENT_TOKEN_TO_BE_REPLACED

With Steve Spielberg speaking to children, and inner-children, everywhere in theaters this weekend, let us look back at his earliest days, doing something just a wee bit different.

Cinematically speaking, the halcyon days of the 1970s are in many ways unrecognizable from the current decade. But disposition of the films and quality aside, one of the more tactile, tactical ways that the nuts and bolts of filmmaking was different – something almost never mentioned in the popular sphere – is that the discreet world of television cinema was, if not quite up with the big boy leagues of silver screen darlings, a rather respected, and in some cases stylistically radical, little cottage industry for aspiring craftspersons and savants alike. The progeny of the omnivorous TV-movie-of-the-week stylings of ‘60s cultural icons like Playhouse 90, this television movie industry was, well, more or less a playhouse for workaday journeymen talents to direct sharp if straightforward, crafty but not really cunning films for hire. I mean, hell, Robert Altman did it, and if he didn’t use it as a stepping stone to emerge as the greatest American director of the whole 1970s, then I don’t know what else could make the early days of TV cinema more respectable. END_OF_DOCUMENT_TOKEN_TO_BE_REPLACED

Roland Emmerich is going back to the chop-shop of his past this week with an Independence Day sequel. Let us chop up his part as well with his two worst films.

Emboldened to turn to drama after the relative commercial misfire of Godzilla and ready to show the world he was more than the hack who inspired a sea of clones like Armageddon, The Patriot is director Roland Emmerich’s stone-age storytelling misfire that just keeps going and going, without even the decency to be a pointlessly trivial disaster picture as a saving grace. No, no, Emmerich thinks he is an auteur here, and he is going to learn us a lesson before we’re through with The Patriot, a stunningly inept, sepsis-inducing trampling-upon of US history that, rather comically, both pisses all over the past and could only possibly, feasibly, be deemed smart in the first place by people who simply write get-out-of-jail cards, rather than tickets, to films just because they are about history to begin with. To quote Roger Ebert, speaking on another film, The Patriot is “the kind of movie beloved by people … (who) think historical accuracy is a virtue instead of an attribute”, and even then The Patriot just stirs the history into an unrecognizable ketchup for summer-time hot dogs at its 4th of July party. Each and every successive minute bears the walking threat of having to expend more energy in the film’s company. END_OF_DOCUMENT_TOKEN_TO_BE_REPLACED