I decided to write a regular Midnight Screening for Friday this week anyway, because I couldn’t resist the opportunity to immediately discuss Gun Crazy…

You are excused for thinking Gun Crazy was released in pre-Hays Code 1932, post-Hays Code 1968, or in Europe in 1950, the actual year of the film’s release. Sure, Gun Crazy isn’t brutally violent or pornographically sexual or anything. Director Joseph H. Lewis, an auteur among B-movie directors, relies on suggestion and implication more than overt expression, but all of this unstated terror and innuendo only makes the film naughtier and nastier. None of it hides the essential truth, revealed right in the film’s opening act when the main character’s older sister informs a judge that “something else about guns gets him, not killing”, that Gun Crazy is dripping with sexual metaphors and an indifferently Freudian, but nonetheless sharp and incisive, commentary on how violence and sexual gratification are intimately linked in modern American culture. Not exactly fair game for Hollywood in 1950, but then, that is the privilege of motion pictures produced on the cheap: they don’t have to appeal to a majority of Americans, and they can fly under the radar of “respect” by the brain and the heart and drive right into the gut. END_OF_DOCUMENT_TOKEN_TO_BE_REPLACED

“Actor turned writer/director” is a questionable phrase for a movie reviewer. Even more skeptical is the age-old “they’re good with actors” argument everyone trumpets when they fall overboard for the likes of Robert Redford upon directing a stately, dismally respectable, vacantly uninteresting prestige pic of the Capital-O Oscarbait demeanor. Sure, actors turned directors tend to have a certain camaraderie with their cast, but a good cast, a good performance, despite what seemingly every lazy reviewer in the world tells you, does not a good movie make.

The Gift is not only a debut by an actor, Joel Edgerton, turned director and writer in one fell swoop, but it is also a film whose marketing campaign was, charitably speaking, dead in the water. It is also, to add insult to injury, not a film whose director/writer was ever a particularly notable actor to begin with. Sure, he’s never been especially bad in anything, but his chance to shine in the limelight has yet to be given to him; maybe Edgerton has a great performance under a separate director lurking under his skin, but he hasn’t yet delivered it. Three strikes, then, for The Gift. END_OF_DOCUMENT_TOKEN_TO_BE_REPLACED 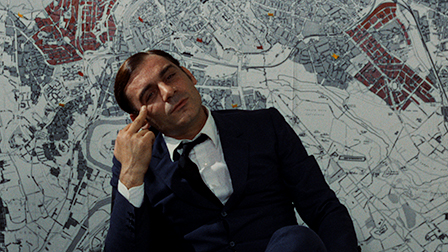 It is almost certainly the case that this is an uninformed generalization based on the nationalistic segmentations of modern society since the late 1700s, but Italians just seem to have the most fun making their films. Again, a generalization, but then the fact that nations have, like them or not, been constructed over the course of the modern era does in fact mean those nations, by virtue of government, economic, and social divisions, bear social differences in how groups of people like their art, and boy is it my impression that Italians like their art most furiously. END_OF_DOCUMENT_TOKEN_TO_BE_REPLACED 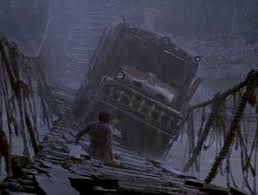 Our two Midnight Screenings, both cult films from the ’70s, come early this week. Enjoy!

It ain’t easy remaking one of the greatest and most influential French films of all time. But after laying down the law (and critiquing it with a stern eye) with The French Connection in 1971 and unexpectedly repopularizing the horror genre with the pre-blockbuster success of The Exorcist, William Friedkin had virtual carte blanche to do just about whatever he wanted, and what the genre-film director and aficionado wanted was to pay homage to one of his heroes, Henri-Georges Clouzot, by remaking one of his most widely respected films: The Wages of Fear. END_OF_DOCUMENT_TOKEN_TO_BE_REPLACED

Our two Midnight Screenings, both underappreciated “cult” films from the ’70s, come early this week. Enjoy!

What better way for a sexually charged, forlorn, wayward soul of a film to begin than with a sexually charged image of the de facto modern male in the early ’70s, Clint Eastwood, pouncing on a small child, only to reveal that his pounce is actually a falter, a fall of the most forlorn, wayward variety. In Don Siegel’s promiscuous, weathered Southern Gothic swamp, Eastwood plays a wounded Yankee soldier during the civil war lost in the lashing foliage of a Southern forest, only to find refuge in a Southern boarding school for girls. Sexual tension protrudes and a lurid, sweaty hypnotism beckons everyone toward the sinister underbelly of the deep South. A region which refers, in this film, both the geography of the United States and to the unmentionable regions of the human body. END_OF_DOCUMENT_TOKEN_TO_BE_REPLACED

Robert Aldrich’s What Ever Happened to Baby Jane? lies perilously close to Sunset Blvd., so much so that the screenplay by Lukas Heller and the visual style by Robert Aldrich would be shameless repeats if they weren’t so rapturously evocative and explosively effective. You can call it whatever you want: a drug-addled fever dream variation on Sunset, a hysterical nightmare that Sunset had about itself, a corrosive purifying of Sunset so that all the relative cleanliness of the material had been washed away until only the abrasive sandpaper at the core remained. Ultimately, what saves What Ever Happened to Baby Jane? is not how it differentiates itself from Sunset, but how it rips into the Sunset aesthetic with such scabrous gusto and full-throated commitment that it exposes the horror cinema trappings of the chiaroscuro noir-speckled visuals and wonderfully garish vulture-like acting of Billy Wilder’s venerable 1950 film, the ultimate Hollywood work on the perils of Hollywood. END_OF_DOCUMENT_TOKEN_TO_BE_REPLACED

Thrillers are so serious. Grimly, absurdly, stuffily serious from time to time, and, as a matter of interest, Costa-Gavras’ most famous film, 1969’s Z, is a mighty serious affair as well. But it is also a Costa-Gavras film, which means the seriousness is as macabre and sinisterly naughty as humanly possible. Right from the beginning, with an opening credits montage set in a government meeting where the camera cuts around and into the debate, the kaleidoscope of off-kilter, anti-continuity angles instigates the meeting, presenting it as a cohesive jungle of governmental nonsense and anti-sensible incoherence. What they are talking about almost doesn’t matter, and indeed, the point is that no one seems to care or have any idea why they are actually having this conversation. Costa-Gavras is cutting deep, but the scene plays like a demented carnival as well as a serious inquiry. I could not describe it in any way that meaningfully elucidates the humor as anything other than the driest variety, but the sheer dissonance of the shots and the edits, coming when we least expect them and giving us absolutely no sense of what is occurring before us, is brutally funny. Dry and abrasive, but cripplingly funny. END_OF_DOCUMENT_TOKEN_TO_BE_REPLACED

Billy Wilder was the Hollywood cynic. We all know this. It wasn’t necessarily always the case (Some Like it Hot is one of the most delightfully buoyant screen comedies ever made, despite a dark edge). But he had it in him from the very beginning, and he kept it in him until the very end. If you want scabs though, and I mean pus-filled, oozing, inventing-colors-so-they-don’t-have-to-be-just-black-and-blue scabs, you have to stick with mid-period Wilder, who, with Sunset Boulevard, turned Hollywood against itself like a rabid dog unsure of its target and found that even this wasn’t enough. One year later, unfulfilled and still in need of making the nastiest Hollywood film yet made, he unleashed Ace in the Hole upon the world, and his vengeful edge, his sickly grotesque demeanor and love of exposing the least well-lit regions of human activity, absconded down the churlish rabbit hole. END_OF_DOCUMENT_TOKEN_TO_BE_REPLACED

For someone so often compared to John Ford, it is faintly surprising that Howard Hawks largely strayed away from conventional Westerns early in his career. In fact, he strayed away from conventional Westerns throughout his entire career (his two Western masterpieces, one of them our present subject and the other to come eleven years later, are hardly conventional). But he strayed from Westerns entirely for most of his early career at least. Perhaps he felt his duty lied elsewhere, perhaps he wanted to avoid the Ford comparison, or perhaps the ever-humble and straightforward, workaday director just did what he was told by the studio. For this last reason, Howard Hawks is often considered the secret auteur, or the greatest craftsperson in all of cinema, a director who favored perfection of nuts and bolts filmmaking over stylistic invention running away with his films. END_OF_DOCUMENT_TOKEN_TO_BE_REPLACED

Another little temporary series here. Nothing too fancy – mostly an excuse for me to catch up on some films I haven’t seen or haven’t seen in a while. We’ll be looking at three classical Hollywood filmmakers over time: Howard Hawks, John Ford, and Billy Wilder, visiting each once in the annus mirabilis of classical cinema, 1939, when they were all still (relatively) young, again in the late ’40s and early ’50s at the middle of their careers (and the middle of classical Hollywood’s career), and finally when things were waning for each director and for classical Hollywood in general in the early ’60s, before the new school American New Wave would wreck up the joint.

So, John Ford made Westerns, right? And John Wayne, he starred in them. They both had careers before they first met, but if 1939 is a notable year in film history, the truest reason for this may be the galvanic, volcanic meeting of talents with Stagecoach, a small, intimate film with an endless amount to say about humanity and the Wild West. Under the visage of a simple, largely narrative-less stagecoach trip from a small, lonely town to a slightly less small, less lonely town in the West, we meet a cast of broad, mythic types:  a thoughtful prostitute (Claire Trevor), a old-school Confederate with no small disgust for progressive values (John Carradine), an Eastern dweller struggling to acclimate to life out West (Donald Meek), a female stalwart of conservative social mores (Louise Platt), a doctor suffering from alcoholism (Thomas Mitchell), a naïve driver (Andy Devine), a federal marshall (George Bancroft), and a corporate type who generally shows disdain for anyone who isn’t himself (Berton Churchill). Pointedly, we don’t only meet them; they also meet each other, and if Stagecoach isn’t a Beckett-level exercise in avant-garde post-modernism, its decidedly conversational willingness to simply put these characters in a room and see what happens marks a serious progression in the artistry and conceptual thoughtfulness of the cinematic Western world. END_OF_DOCUMENT_TOKEN_TO_BE_REPLACED