Steven Spielberg’s The BFG is a production remarkably lacking in ego or bombast, functioning primarily as a genuinely heartfelt palate cleanser for one of Hollywood’s specialists at masquerading grandness with a simulacrum of heart. Chronicling a burgeoning friendship between the titular Big Friendly Giant, played by Mark Rylance, and a young child Sophie (Ruby Barnhill), an orphan (because of course she is), Melissa Mathison’s screenplay dispels the necessity of grandeur and instead tucks us in with an intimate dream of pleasantly aimless friendship and camaraderie to keep the nightmares at bay. This is a reverie of a film, so lost in its own daydreams that it casually avoids demarcating a narrative for us, and although the title may suggest otherwise, the central appeal of Spielberg’s brew is that it is morsel-sized, in every respect. END_OF_DOCUMENT_TOKEN_TO_BE_REPLACED

David Yates’ listless The Legend of Tarzan has the look, but not the spunk of a great pulp novel the likes of which Edgar Rice Burroughs, creator of the character one hundred years ago, might have written. Biting off well more than it can possibly chew, the faux-artisanal nature of the design suggests a more thoughtful, or fun, production than this ultimately pretentious slog can handle. Thickly breaded in a historical revisionism that the film absolutely cannot withstand or rein in at all, the screenplay by Adam Cozard and Craig Brewer (Brewer’s previous films have embraced a pulpy flavor totally lacking in this film) is a misfire of egotistical proportions. END_OF_DOCUMENT_TOKEN_TO_BE_REPLACED

They still make movies like this? I mean, jeez,  even Edward Zwick – whose two-decade iron-fist rule over antiseptic, middlebrow prestige drama is currently on sabbatical – doesn’t seem to want to dish out this kind of blasé appease-everyone history-conscious cinema anymore. Never fear! Into the fray steps Gary Ross, another so-competent-it-hurts filmmaker with an impersonal aesthetic defined by a nonsense brand of faux-realism (wouldn’t want someone daring to imbue any sense of form or rhythm, especially the formal rhythm of genuine down-and-dirty messiness, into their precious history). After all, someone has to stand by as a vanguard for indifferent, domesticated middlebrow types looking for intelligent cinema but too afraid to actually challenge themselves. Their worries can be allayed; Free State of Jones is here to save the day. END_OF_DOCUMENT_TOKEN_TO_BE_REPLACED 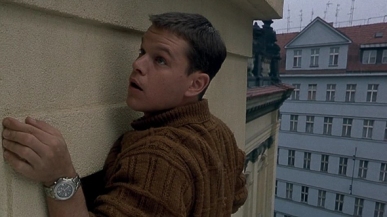 Doug Liman’s scarred take on the James Bond myth isn’t a work that deserves superlatives, but then again, it isn’t really beckoning for them either. This is a trim, merciless thriller devoid of the blockbuster hypertrophy that was rapidly kicking the James Bond pictures into an early grave circa 2002, and it is relatively content to be just plain fine and nothing more. With a muted, sometimes monochromatic palette of bleak, unforgiving grays and frigid whites, Identity is straight-laced and admirably buttoned-up; even its sometimes awkward tonal swivels suggest a post-traumatic mind flickering with memories of its past and awkwardly swerving between new identities in a mad dash to figure out what it wants to be in the present.   END_OF_DOCUMENT_TOKEN_TO_BE_REPLACED 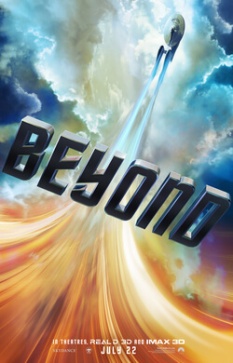 Beneath the ostentatious, rat-a-tat action and state of the art technology underwire, Justin Lin’s newest Star Trek feature is a séance for an antiquarian spirit that dishes on not only the usefulness of seemingly past-its-prime technology but reminisces for and embodies a long-lost ethos in big-budget blockbuster cinema. In this case, it is the progenitor race of the Star Trek universe that is resurrected, with the aww-shucks nature of Gene Roddenberry’s original television show surprisingly at home in the casual riffing and interpersonal dynamics that girder Lin’s more casual, insular take on the material. The result is an exultant ode to camaraderie and ingenuity much closer to the spirit of democratic interpersonal imagination as an avenue for overcoming conflict and feeling out one’s own humanity that was the backbone of Star Trek in its original incarnation. END_OF_DOCUMENT_TOKEN_TO_BE_REPLACED

The pictorial inclinations of King Hu’s rhapsodic camerawork in his monumental wuxia epic A Touch of Zen are his film’s most gilded gestures, but they are no mere poetic filigrees. Rather, Hu’s investment in the physical space of his film and the way that a camera and a mind can intake and reform space informs a conscious refusal on the director’s part to explore character drama in a vacuum. Without the crucible of bounding characters by the natural environments that often remain overlooked in the world of cinema, Hu suggests that person vs. person conflict may be tenuous and unresolvable; an understanding of the earth itself it necessary first. The illusory beauty in the frame often suggests a new perceptual realm beyond the typical threshold of human consciousness, as though we are peering into an ethereal plane of color and space that eludes humanity’s typical tasks and goals. Space is otherworldly here, but also tactile, exerting a magnetic pull on the characters who weather through frames as if attracted by the deception of an unknown specter in the air. Or as though they characters were being exhumed from their internal, civilized spaces – and metaphorically the confines of their internal minds – to confront the outside world, to explore new perspectives in a desperate quest for self-actualization. END_OF_DOCUMENT_TOKEN_TO_BE_REPLACED

A pair of surrealistic modern animations this week on Midnight Screenings.

Gifting galvanic motion to the Art Brut movement – literally “raw art”, or “rough art” – the Belgian film A Town Called Panic is nearly outsider art, or at least, it bears the casual fibers of a work that dismisses rationality with an outsider spirit. The film is gifted a name that lovingly reintroduces old Western tropes (who couldn’t imagine Clint Eastwood sauntering into A Town Called Panic, eyes frazzled and mouth as closed and parsimonious as ever) but also suggests the ethos of the film: panic, pandemonium, bedlam, and beauty all rolled up into one terrifyingly tactile witch’s brew that applies not only logic but physical objects in the most fascinatingly tenuous of ways imaginable. A lose flash-bang grenade of a story about two minimalist plastic-base action figures – “Cowboy” and “Indian” – who react in a flurry of rushed stream-of-consciousness thought when a birthday present for their friend “Horse” goes horribly awry, A Town Called Panic is stop-motion with an emphasis on stop – stopping to renounce the rationalist norms of cinema – and motion – gallantly flying past any such notions, or any breaks at all, on the back of its own demented whimsy. END_OF_DOCUMENT_TOKEN_TO_BE_REPLACED

At first glance, molasses rolls uphill faster than The Company, Robert Altman’s penultimate film and his most radical late-period work (excepting perhaps Short Cuts). But beneath the elegance of the pristine stillness, Altman – ever a chronicler of humanity’s dances of distance and performances of connection – stages a malapropism of conventional drama by infusing every nominally placid moment with a galvanic reverie of human possibility, both clarifying humanity’s physical and mental limits and crystallizing around the species’ undying, even improbable, volition to undue those limits by riding the contours of life and inviting love even in spite of its fragility. And I do mean “the species”. Technically the story of a youthful rising-star Ry (Neve Campbell) in Chicago’s famed Joffrey Ballet, Altman instead farms energy out of the interpersonal lives of the principal players as a collective, emphasizing the beauty of movement and marginalia rather than central, individualist conflict. END_OF_DOCUMENT_TOKEN_TO_BE_REPLACED

Another fell Ice Age demon was unleashed this past weekend by Blue Sky Studios, who rely on the franchise for blockbuster potential to pursue their other, more artistically valuable productions. Let’s guess which ones I’m looking at today!

The apple doesn’t fall far from the tree in Blue Sky Studios’ recreation of Charles Schulz’ often depressed, even aching comic strip Peanuts. The most disarming particular of The Peanuts Movie is its probing, even granular air of defiant melancholy, with dispirited grayness infused into even the most cloud-penetrating rays of light. In relation to the normative mainstream fare, The Peanuts Movie exists in a state of defiant anti-bliss, reprimanding the sonorous, “more is more” sensibility of most animated films, which all seem to cotton to the need to convince audiences that the world is one step closer to ending with every near-apocalyptic frame. In comparison to those digital-age sugar rushes, The Peanuts Movie has an analog soul; it’s lighter, more intimate, and as a not-so-paradoxical corollary, more world-challenging in its own way. With a script by Cornelius Uliano and Brian and Craig Schulz (son and grandson of Charles), this is among the least “busy” mainstream animated films of the decade. That it is also among the handful of computer 3D animated films in the past decade with an interest in how to warp and disrupt the computer-animated aesthetic in adventurous new ways, relying on it as a fount of possibility rather than a circumstance dictated by marketing needs, is just the icing on the cake. END_OF_DOCUMENT_TOKEN_TO_BE_REPLACED 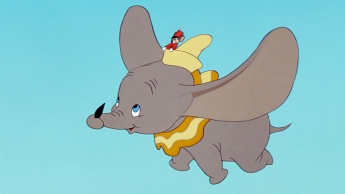 After the towering, messianic, heralding-of-a-new-art-form success of Disney’s first feature-length animated film Snow White and the Seven Dwarfs, the spectacularly egotistical businessman Walt Disney nearly destroyed, obliterated, and defaced his company’s livelihood with a duo of divine artistic achievements that were, in their individual ways, far too radical, even fanatical, for the box office mainstream. Pinocchio was an id-logic nightmare glimpsed through a murky ether, and Fantasia a resplendent rhapsody that owed more to avant-garde sound-and-space films like Berlin: Symphony of a Great City and flaunted its rejection of the reality principle at every turn. His company’s shining star had flared and glistened and tested its own mettle and might by flying to the sun in a matter of years, and it was about to implode and burn with Uncle Walt left with naught but a fiddle to wallow away his time watching the tattered rummage of his hopes and dreams. END_OF_DOCUMENT_TOKEN_TO_BE_REPLACED