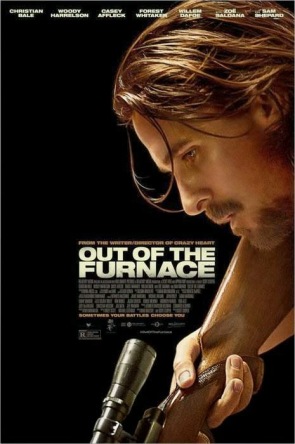 Steve Cooper’s first film Crazy Heart was more notable for its central performance than the film surrounding it, and with his follow-up, Out of the Furnace, he manages to coax a number of equally taut, truthful performances out of his better-than-fine cast. But the focus on performance belies the real quiet intensity and knowing humanism of Cooper’s sure hand; it drowns out, as it is wont to do for the public’s acting-above-directing central interests, the work keeping those stars sturdy and focused in the first place. To some extent, this is perhaps appropriate; Cooper is not a director that “insists” upon himself. He’s not showy, asking and begging from his material. Instead, he lets his material surround him; he merely coaxes what is already there out onto the screen. He’s a quiet, naturalist director, not the kind of man seeking to wow, but merely to impress. He’s at his best when he’s at his simplest – direct and thoughtful studies of small people struggling to get by in the locations that breed them – and for the first half of Out of the Furnace, he sticks to his guns as an observer more than a pusher and creates something quietly great, if not essential. END_OF_DOCUMENT_TOKEN_TO_BE_REPLACED 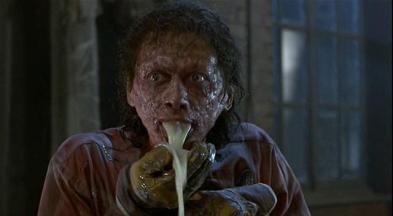 Update mid-2018: A delirious and truly tragic portrait of egomaniacal scientific rationalism, David Cronenberg’s The Fly still earns any and all comparisons to Shelley and all others who have traced the contours of modernity in the Dark Romantic tradition, from the summit of intoxication all the way to the pit of self-inflicted abjection.

David Cronenberg has made a career out of abstracting science fiction and horror even as he corrodes it through pure, grotesque, bodily flesh. He produces cautionary tales about humanity rooted in oppressive, caterwauling imagery, films that directly appeal to the unconscious rather than the rational. What his films lack in traditional narrative, they often make up for in a wild-eyed aura of bodily mutation and a dense shroud of omnipresent atmosphere that strangles us and arouses monstrous life in his world. END_OF_DOCUMENT_TOKEN_TO_BE_REPLACED