With the untimely passing of another horror icon, a quick look at a few of his films that aren’t *that one*.

Lost amidst the dregs of slasher cinema circa 1981 – easily the single most fertile year of the genre – Tobe Hooper’s Funhouse isn’t as vicious or fanged as Hooper’s seminal The Texas Chainsaw Massacre, nor is it as truly deranged and willing to disfigure American narrative norms, which by and large fetishize what historians refer to as “casual fertility”. That earlier, 1974 proto-slasher was not simply grotesque in its narrative content, but relentlessly disfigured in its tactile form and truly unsettling in depiction of ‘70s America as an existentially adrift open wound. If that work – lacking an ounce of explanation and flaying any slice of fat with its serrated formal blades – remains truly unyielding in its immutable disdain for explication and causal question marks, its refusal to rationalize itself – Funhouse suffers for turning its uncanny – the unexplained, the under-rationalized – into the explained, and thus the pacified. It suffers, for a slasher film, from a surfeit of context.

While it’s explaining, though, The Funhouse also enrobes itself in a tainted, uprooted visual sensibility that at least rings true as a diluted form of TCM’s infamously gnarled nastiness. When we defend horror as intellectuals, we tend to position our arguments in the safe retreat of abstract ideas. Thus, history has reclaimed Wes Craven, who – after his exemplary The Hills Have Eyes – settled into the realm of concepts and struggled to develop images which were more than mere correlates for his stories, images which only depicted his ideas and never commented on them or pushed back against them. But, even at his most ineffective, Hooper always tried to retain his exploitation-schooled eye for the haunted emptiness and unmooring vacancy of the American out-of-the-way. Flaws aside, the circus milieu of The Funhouse is dementedly effective: a grotty and disassembled take on the putrefying, decomposed aura of the intersection of workaday capitalism, public spectatorship, and Guignol theater.

But The Funhouse does not exactly exist in the realm of ideas. It does slightly resurrect TCM’s backbone of dialectic tension between the impoverished, rural poor and middle-class youths who interpret all cultures of America as their free reign to invade and investigate, but that’s pushed to the fringes here. Mostly, The Funhouse is standard-order slasher fare thematically, boasted by Hooper’s ability to harness the peculiar sadness of Americana rather than dispel it with his bloodletting. Treating the film as the story of four teenagers who sneak into a travelling circus funhouse after dark and fall prey to the owner’s mentally impaired son leaves us with precious little. But as a mood piece, The Funhouse nails a decisive quotient of TCM’s paradoxical aura of merry-go-round of stalled momentum, of perpetually drifting around country roads and wandering into nowhere in particular.

The Funhouse cannot, of course, out-devil TCM, a foreign graft of otherworldly cinema and Eisensteinian editing techniques where every crumple on the pathway of narrative – every sudden shift – is pointedly a mere pothole on a road to tragic and nihilistic inevitably for its characters. That film forecloses on hope from the beginning. But there’s a rusted, equally weakened aura to The Funhouse – a sense of disheveled and tired post-industry America – that counterpoises the big-budget brio of Hooper’s immediate follow-up, Poltergeist, right out of the Spielberg school. (By all accounts, Hooper was director-in-name-only). Like TCM, The Funhouse has a pregnant sense of ambiguity about its depiction of Dark Americana. I do not know if its political quotient is sustained or coherent enough to be read as an endorsement or critique of attitudes which fear rural types in the face of mid-century suburbanization, but it anticipates and defends America’s neoconservative turn much less than, say, the punishingly moralistic Friday the 13th from the same era. And if you don’t care for morality, The Funhouse boasts an impoverished brutality that the much more famous film could never recreate either. 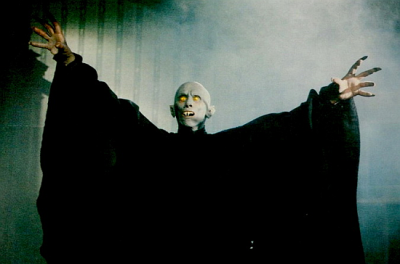 Suffused with a quality of surfeit of gloom, Salem’s Lot is probably Tobe Hooper’s only other genuinely good film besides his epochal, slasher ur-text The Texas Chainsaw Massacre. Much as I hate to say it, Hooper’s career is pock-marked with interesting frustrations more than densely arrayed with unmitigated triumphs. But, although it can’t hold a candle to either De Palma’s or Kubrick’s treatments of early Stephen King, Salem’s Lot is the only largely sustainable and essentially inspired Stephen King TV miniseries released in the 40+ years of cinema’s torrid love affair with that writer. That ain’t nothing, I suppose.

Salem’s Lot lacks either the transformative skullduggery of style or any critical sensibility about the vampire mythos, both of which are not crippling sicknesses, but they do cap its achievements below George A. Romero’s stellar Martin from the year before, a misfit film about a misfit man that effectively positions the vampire mythos at the front-and-center of American disillusionment and addiction as evocatively as Romero did with zombies and American consumerism. Hooper’s yardstick for Salem is not metaphysical commentary but old fashioned chills. But there’s value in that too, and his less adventurous idiom still bears the marks of a literate and studious filmmaker all the same.

A relatively sturdy instance of vampiric lore transplanted to America, this adaptation of King’s second novel follows youthful Ben Mears (David Soul) in his encounter with recently-arrived European eccentric Mr. Straker (James Mason) and his even more bewildering partner Mr. Barlow (Reggie Nalder), as well as youthful innocence’s attendant confrontation with the primal essentialism of evil, spreading with an implacable force only partially hinted by the roving quest of Hooper’s surveying camera. This is, after all, the inaugural 4-hour King TV-effort, which means, frankly, that there is far more excess than the thing can handle, especially counterpoised with Hooper’s murderously trim, skin-and-bones TCM. But, in addition to modelling a paranoiac upsurge of terror that infests the town of Salem’s Lot semi-democratically, the special is a test-case that Hooper’s style could be, with minimal domestication, transplanted to a notionally more outsized realm from grubby, minimalistic exploitation cinema.

So the story is basic stuff, but consider the craft. There’s an otherworldly tornado of force visualized as a formal maelstrom filmed from a constantly vacillating, entirely unclear perspective. Throughout, Hooper plays with an unsettling utilization of focus to link the arrival of the unknown to the presence of the half-seen in the camera’s eye. And, although the vampire’s antecedence in Nosferatu’s Count Orlok is a little too obvious, at one point Nalder – garbed in his black robes – arises out of the floor like a void of dark nothingness, standing up as if bending three-dimensional space and replacing presence with absence. And the finale is an impeccably framed encounter between a man, a vampire woman, and a wooden stake where suspense is entirely a faculty of how privileged our camera position is, a play of love and death that can be either depending on which plane of view we look at; this interplay of possibilities is exclusively formal and thus inextricably cinematic. Especially by the frequently diluted standards of Stephen King adaptations, tell me that isn’t good stuff?