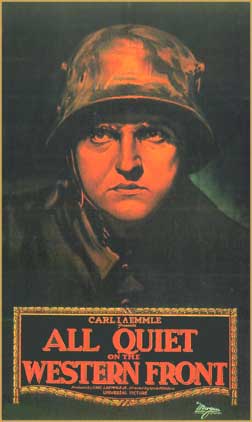 I meant to get around to these a month ago, but you know. I guess time stands still for a now not-so-timely tour of historical Best Picture winners, with two reviews per full decade (meaning I’ve omitted the handful of years in the late ’20s because, I mean, I’ve already reviewed Sunrise). Generally, although not exclusively, they’ll be presented in pairs so as to keep the length down at a reasonable level. For the first decade, to salvage the horrors of one of the most useless superlative awards in the film world, I’ve decided to begin with the two instances that got it right.

The Pre-Code Hollywood era, although short-lived, is often wielded as a talking point for the unwound, comparatively flexible, nimble naughtiness of the early days of American sound film. And sure enough, brusque, punchy works like Scarface and I Was a Fugitive from a Chain Gang upended traditional mores and continue to shock audiences who build the perception bridge to classic cinema out of a mortar as inflexible as modern expectations about the gentle, naïve nature of early sound cinema.

Missing in this discussion is the muckraking, restorative dissonance of the era’s comparatively forthright, unequivocal social conscience, free of the maudlin histrionics that characterize war films even today. Case in point, the adaptation of the prestige literary work by Erich Maria Remarque, All Quiet on the Western Front, a cutting treatise of paranoid rage promulgating an unadorned, unmodulated hatred for the experience of war that devours the need for equivocation. Director Lewis Milestone’s mud-caked, belligerently monochromatic imagery, while not a patch on the abominable beauty of the hardly-experienced war film Wooden Crosses from the same era, boasts a critical ridicule of warmongering that marinates battle and carnage in its own unceremonious entrails. You might expect a chamber piece or a costume drama ensnared in the prison of its own prestige trappings, but Milestone’s style is disarmingly modernist and unabashedly cinematic.

Eighty six years later, few films understand that the weight should be placed on “adaptation” rather than “literary”, but Milestone’s scorching, full-bodied cocktail of imagery and rattling, volcanic sound trammel all over the stuffy, closeted parlour-room showpieces still common among today in the prestige adaptation genre. Especially for an early sound film, Milestone’s surveillance of the soundscape is riveting, bordering on sadistic with a jackhammering, incessant cadence that eventually ceases to register as a collection of disparate sounds at all, approximating instead a droning aural layer crushing the meaty, tactile flab of the fly-like human beings underneath. Combined with the startlingly undiluted turmoil of the visual architecture, Milestone turns war into a bruising concrete slab that is just waiting to have its way with you. Preempting the mania of the film noir, Milestone treats war as a bout of hysterics and an inane, absurd, unquantifiable mass of nothingness.

Eventually, the harried stutter of the wartime monstrosity morphs into something even more devious at the point where absurdity drifts into the inescapably irreconcilable. The doleful monotone of the abrasive sound design eventually intimately attaches itself to the pre-Malickian dread laminated into the film, with the scratchy, incomplete sound roughly evoking a distant space not privy to our knowledge. With the Machiavellian imagery emphasizing regimented, continual space as a portal into the unending malaise of war, Lewis Milestone shepherds us away from what would become the dominant tone of blunt, disorienting viscera found in most modern war films. Instead, we are greeted with an aura of unending nausea and toxic continuum as war transmutes into a barren landscape that seems, pointedly, unable to be grasped by the domestic eyes of the audience (a melancholy doorway motif certifies this sense of glancing into a nether from the outside). Part of the film’s admonishment of war is reproaching the gall of the idea that it is an object containable or approachable by the screen at all.

Much like the future canon of Terrence Malick, although hardly in the same register or via the same techniques, Milestone denounces the in-the-trenches view of war for a more uncharacteristically impressionistic emphasis on the gulf between audience and object. All Quiet on the Western Front, with a title that suggests barely whispered fable more than unstable documentary, captures war as out-of-body experience of zombie-like drudgery. It strips away the hedonism and temerity of the warmongering cinematic excitement machine, imploding rather than exploding the monotony of the war experience, a sense driven home in the disengaged, ambling narrative structure that excises temporal progression from the notion of war altogether.