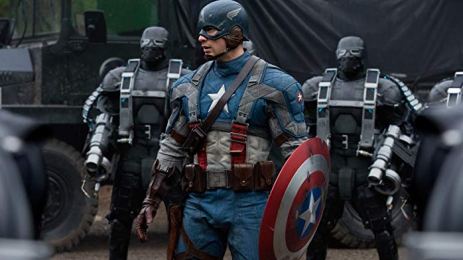 Joe Johnston is not much of a director, perhaps because his heart lies outside of the modern sensibilities of film and he has proven unable to scrounge up the money to make the passion projects that lie in his dreams, and the dreams of so many children who went to the movies in the 1940s and 1950s. This is a reach, but his two best films are of a kind: 1991’s off-hand ode to old-school matinee thrills The Rocketeer and its spiritual successor, 2011’s Captain America, suffixed with the unfortunate subtitle The First Avenger. It isn’t a particularly exploratory or demanding film, or even a particularly fun one, but its mild geniality and melodramatic sense of charisma and fascination with comic book panache combine for a somewhat indifferent but well-meaning and usually well-playing exercise in pulp. It doesn’t always work, but unlike so many other superhero movies in the 2010s, it tries to work not by playing to the rafters, but to the matinee.  END_OF_DOCUMENT_TOKEN_TO_BE_REPLACED

Another day, another ho-hum superhero film, although at least this one has Robert Downey Jr. smirking up the place with levity, breathing a dose of sarcasm into a generally too-aimless sequel. Iron Man 2 feels like it is just coasting on its existence and passing the time. The whole “advertisement for another movie” trend of the Marvel Studios movies is in full effect, which is less of a shame than the fact that Iron Man 2 isn’t a particularly good advertisement.

Downey Jr. as Iron Man/ Tony Stark pays for a great many sins, but Jon Favreau’s increasingly mercenary direction is not among them, nor is the endless tepidity of the screenplay which forces everyone’s favorite resident bad-boy billionaire with a suit of gold …well, iron … up against Whiplash (Mickey Rourke), a hurting victim of Stark’s company’s history of violence, and a fellow weapon industrialist played by Sam Rockwell. Unfortunately, the talented Rourke is saddled with a one-note character and given even less time to play that note effectively. Rockwell is given little more to do, but his buoyant snark and charisma shines through nonetheless, and he makes a capable foil for Stark precisely because of how much Stark exists within him.
END_OF_DOCUMENT_TOKEN_TO_BE_REPLACED

The most enticing moment in Avengers: Age of Ultron is successful because it is so elusive, and it may very well be the worst moment as well. When it begins, we are informed that the titular superhero smack-down squadron and consummate bickerers are off to Africa. We know we are going to Africa because the characters essentially say “we are going to Africa”. Smash-cut to a helicopter shot of a derelict shipyard. We know this is a shipyard because there are ships. It is also, one would assume, on a coast line, for that is where ships tend to reside. At this point, everyone’s favorite quasi-military font appears in lower screen with text that informs us, in as many words, “Shipyard, Off the Coast of Africa”, in case we were wondering if the ships were, in fact, airplanes, or whether they were docked in Nebraska.

So hand-holding and inelegant this text is, and utilizing the form of on-screen text which is already the laziest and least elegant storytelling mechanism in all of cinema, that it almost must be an intentional self-parody. All of these big time beat-down films rely on techniques like these to show us a story happening, and then to doubt us, and then to tell us what is happening all over again in case our eyes had deceived us, as though we audience members in our infinite wisdom could not figure out in fact that the image of unmoving ships placed right after we are told “Africa” is in fact, an image of ships docked off the coast of Africa. It is a comic, delicious moment nearly avant-garde in its laziness. It’s the sort of moment that asks the mind to wander: “why is this text here? It is providing no new information anyway, but movies like this are supposed to have military text every time they change location, so if that is what you want, here you go…”  END_OF_DOCUMENT_TOKEN_TO_BE_REPLACED

For all Marvel’s self-imposed weight as a blockbuster big-wig machine, Iron Man is rather shocking for how it’s essentially a chill-out superhero movie. A good portion of the film, particularly in the middle, has a surprisingly solid time enjoying itself as an old-school “hanging with movie actors” film, where the “event” mostly consists of watching Robert Downey Jr have fun playing with toys on screen and generally being snarkily amused in a way that pings between caustic and genial. It’s not quite a Bill Murray 80’s comedy, but being within reaching distance is pleasing in a way I hadn’t realized I missed. END_OF_DOCUMENT_TOKEN_TO_BE_REPLACED

*For an attempt at something a tad lighter than my usual reviews, here’s the first in a month-long series of reviews of various superhero film franchises (because I hear these are popular nowadays).

While a somewhat unexpected choice at the time, in retrospect Sam Raimi was a perfect match to the goofy world of comic book fervor set up in Spider-Man. Taking a far larger budget than he’d ever worked with to create, of all things, a heavily marketed B movie, he ended up making one that works precisely because it is unabashedly in love with the fact that it is a B-movie, Snidely Whiplash-encrusted villain and all. While other films would come and go and do far more for comic book storytelling and character development in the process, Spider-Man does not bother with such trifles. For its whole running length, it is only itself, and it’s rather happy to be so at that. END_OF_DOCUMENT_TOKEN_TO_BE_REPLACED

As we keep on barreling forward toward Marvel’s Phase Three films and pretending it will be meaningfully different from Phase Two or Phase One, Marvel continues to pass the time along the way by merrily trucking along with more of the same. Well, I should be generous –  each film is ever-so-slightly different while still managing to lie easily within the series’ collective less-than-notable ambitions. For this 2014 sequel to the competent 2011 cheer-fest, things get a little bit darker and more socially confused as the filmmakers choose to mash-up their consummate action-stravaganza with a political thriller that aims to reshape the Marvel Cinematic Universe (that the filmmakers are under the impression the Marvel Cinematic Universe is well-defined enough to be meaningfully “reshaped” speaks more to the egos at play than anything else, as well as the film’s self-conscious bid for serious-film status). Unfortunately, and as is becoming a common problem for this series, the film’s ambitions are somewhat undone by the all-encompassing fact that it just had to go and be a Marvel film. That it is one of the better ones while still being essentially an also-ran should tell you all you need to know about how you’ll come down in the end. But either way, solid filmmaking in the name of a somewhat tepid goal continues to be the name of the game, for better or for worse.
END_OF_DOCUMENT_TOKEN_TO_BE_REPLACED 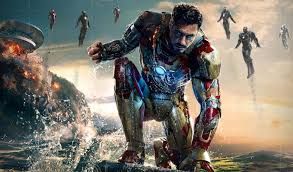 Iron Man 3 is important for a number of reasons. The only one destined to get any significant attention in the press was its release as the first “phase two” Marvel Studios movie. But none of that actually matters – phase two Marvel isn’t really meaningfully different from phase one Marvel, other than that we now realize that the series is getting very tired, very quickly, and that the company’s movies aren’t really the beacon to Hollywood blockbusters they were positioned as five years ago. END_OF_DOCUMENT_TOKEN_TO_BE_REPLACED 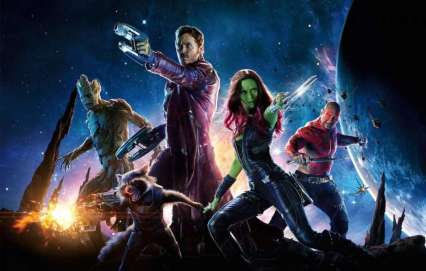 Above all, Guardians of the Galaxy is notable as the most auteur-like (yeah I said it) film within Marvel Studios’ ten-headed monstrosity of a pop-culture phenomenon. It is very much the product of James Gunn’s pen and camera. That it also happens to be the best film of the bunch is not necessarily linked to this fact, but you know, the connection is there after all. While Marvel’s other films have varied from ehhh to pretty good, right from film number two they seemed more interested in building up a brand than functioning as unique, thoughtful films with identities on their own. None are out-and-out bad, but fatigue set in fairly early, and only the original Iron Man really maintains its spark and, above all, its character-focused sense of nervy, anxious fun today (I also have a soft-spot for Shane Black’s profoundly messy second sequel for the character). END_OF_DOCUMENT_TOKEN_TO_BE_REPLACED

By far the most notable thing about Joss Whedon’s The Avengers, beyond all the self-righteous tent pole-blockbuster-theme park-cultural-seismic-indicator nonsense, is that Whedon shows a sense of mercy in consistently buoying the film with levity and humor to distract from all the pretense. The chiefest fun to be had is rather definitively not related to one-and-done special effects or action or the superpowers of the main characters themselves. It is, instead, Whedon’s way with words, his wit. Most of it is filtered through franchise MVP Robert Downey Jr., here his usual sardonic, witty self as Tony Stark/ Iron Man, with much of the humor coming from his playful attitude toward Nick Fury’s (Samuel Jackson) dogged attempt to “bring the team together”. Bruce Banner/ The Hulk (Mark Ruffalo), used intelligently in more ways than one, has two dynamite laughs toward the end of the film, one with a literal punch-line. END_OF_DOCUMENT_TOKEN_TO_BE_REPLACED 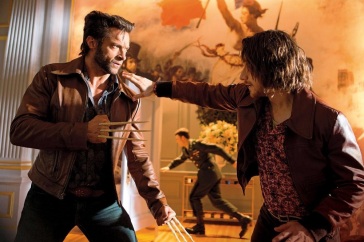 Update 2018: I was skeptical of this film when it was released, but after having read the phenomenally astute political Molotov of a comic book of the same name, with its observations on state privatization and racial incarceration all folded into a 1981 critique of neo-conservatism and neoliberalism as fascism, the movie’s neutralized, domesticated politics and thoroughly un-transgressive social observations feel all the more banal and negligent.

X-Men: Days of Future Past is an ambitious project, attempting to bridge two timelines, a boatload of characters and numerous political positions and wrap them all up in a cohesive, action-packed whole. Furthermore, the film seems to realize how ambitious it is. It’s all fairly confusing, but it at least rightfully understands it really doesn’t need to, and in fact shouldn’t, get involved with logical loopholes. Explaining things, as Professor X does in an early scene, often makes things worse, dragging down and only opening up more questions the film inevitably won’t have time to answer. It’s better to keep things simple and streamlined in films like this, lest everything get too self-important. END_OF_DOCUMENT_TOKEN_TO_BE_REPLACED