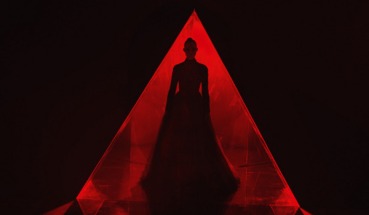 As with his entire oeuvre, Nicolas Winding Refn’s newest vision of pain and beauty is more or less redolent, but redolence – like flesh, the film argues – is a currency that can be nastily enticing in the fevered perceptions it affords for, even if you hate yourself in the morning. In this case, he’s taking his latent Dario Argento fetish out of the crawlspace, giving the blood-curdling red overtones a hard corporate sear to create a grotesquely synthetic construct, throwing the mise-en-scene into tangles of negative space and rattling aural alchemy courtesy of Cliff Martinez, and giving audiences either the sanguinarium or the dull ritual they’ve already decided the film represents beforehand.

Bluntly, The Neon Demon is hardly exploring “new psychic geography” (to quote a famous feminist term from Adrienne Rich) or overturning questions of sexual commodification and the male gaze that weren’t old hat in the ‘60s, so it’s not a film you can meaningfully get in lock step with if you aren’t already in the ballpark of. But while it’s more an echo of superior films from days long past, Refn’s arcane incantations resurrect something unholy that the cinema has more or less abandoned in recent decades: simple, unbridled, undoctored affectation, a pulsing throb of joy for sheer and unmitigated artifice. The Neon Demon is sublimely, gleefully blunt, and potholes on the way or not, it certainly gets where it wants to go. Frankly, it doesn’t seem to care whether you want to be along for the ride or not.

Co-scripted by Marry Laws and Polly Stenham, The Neon Demon is about as platonically disinterested in its screenplay as any other Refn film, or any avant-garde surrealist production for that matter, which gets you part of the way toward the mental faculties required to play in this film’s whirlwind bender of a necrotic theme-park. It’s all abhorrently empty, but then, that’s not exactly not the point in another regurgitation of the age old “pure young thing goes to LA to be sucked dry by the viscous syrup of appearance-first narcotics the town offers” theme. In this case, the ingénue is Jesse (Elle Fanning), and the female vampires taught the art of complacency in their own gendered torment are ready to tear her soul to bits. Jesse’s dreams of becoming a model are fodder for their nightmares of savage commodification, exactly the leering commodification the film critiques by participating in (oh, that old cake-and-eat-it-too technique).

Regurgitation I say, but the thing here is the quality of the bile. And my oh my is it bilious. Throwing the scourge of narrative by the wayside, Refn aims for less a story and more a scuzzy lurch around the haze of drug-fueled disappearance, the nocturnal smog of womanhood defiled by the corporate hysterectomy of a city where model-to-mannequin is hardly a hop, skip, or a jump away. It’s hardly a new achievement, but Refn achieves it. That achievement, here, is the insinuation of unknown terror intimated solely through visual and sound from the minimalist Val Lewton school. Only, Refn addicts Lewton to cocaine and produces a maximalist work of non-representational negative space drowning Jesse in bold, provocative, blood red and antiseptic modernist white (a little blue would complete the American nightmare trifecta). It’s an image-obsessed film for an image-obsessed culture, with Refn perverting the wide-screen textures into fragile superimpositions, suggesting that they are surface-bound and facile. It’s like the film is a brittle mask that could crack if you merely look in the wrong corner of the screen. This “hollowness of beauty” is, of course, the whole (exclamation)point of the film, and it devours the theme with carnivorous, consummate commitment.

Sure, the film is, all told, soldiering on in the direction it lurches toward from minute one, so this witch’s brew is likely to induce narcolepsy as much as spirited eye-searing passion for the uninitiated. It’s an equation of full-throated magnitude more than nuance or texture, so the film’s effect is more monotone than ambidextrous; a prism it ain’t. All you really have to go on then is pure recoil, and Refn’s commitment to not explaining the film to within an inch of its life (as most modern horrors would do: see Lights Out) drives us into pure overdrive in the concluding swerve into Bava-by-way-of-De-Palma fantasia where the film’s predilections about-face toward a full-on ghoulish haunted house carnival show. Again, it’s all magnitude, but there’s magnitude, and then there’s Refn magnitude.

I can’t defend it, and the razor-wire electric storm Refn erects around the simple concept is a little too prefabricated and obvious to cut as deeply as it could, but I was on board. Look to cinematographer Natasha Braier, suffusing the film in a threatening, unflappable geometry of plasticine colors that invoke LA’s nightmare about itself. Or composer Cliff Martinez’s mannered but neurotically raw soundscape, all droning plateaus of incessant noise matched to sudden staccato spurts of empty aural silence. Or sound designers Anne Jensen and Eddie Simonsen who sour every noise into something nearly corporeal, like it could squirt blood on the drop of a dime. All are mere tools, but in Refn’s film, tools become instruments of torture and tortured expression, string instruments where the strings are garroting you as you watch. Which, come to think of it, is ambidextrous after all. I never thought I’d call the film multi-purpose in any conceivable way, but it’s the sort of work that backs you into a corner until you submit anyway.