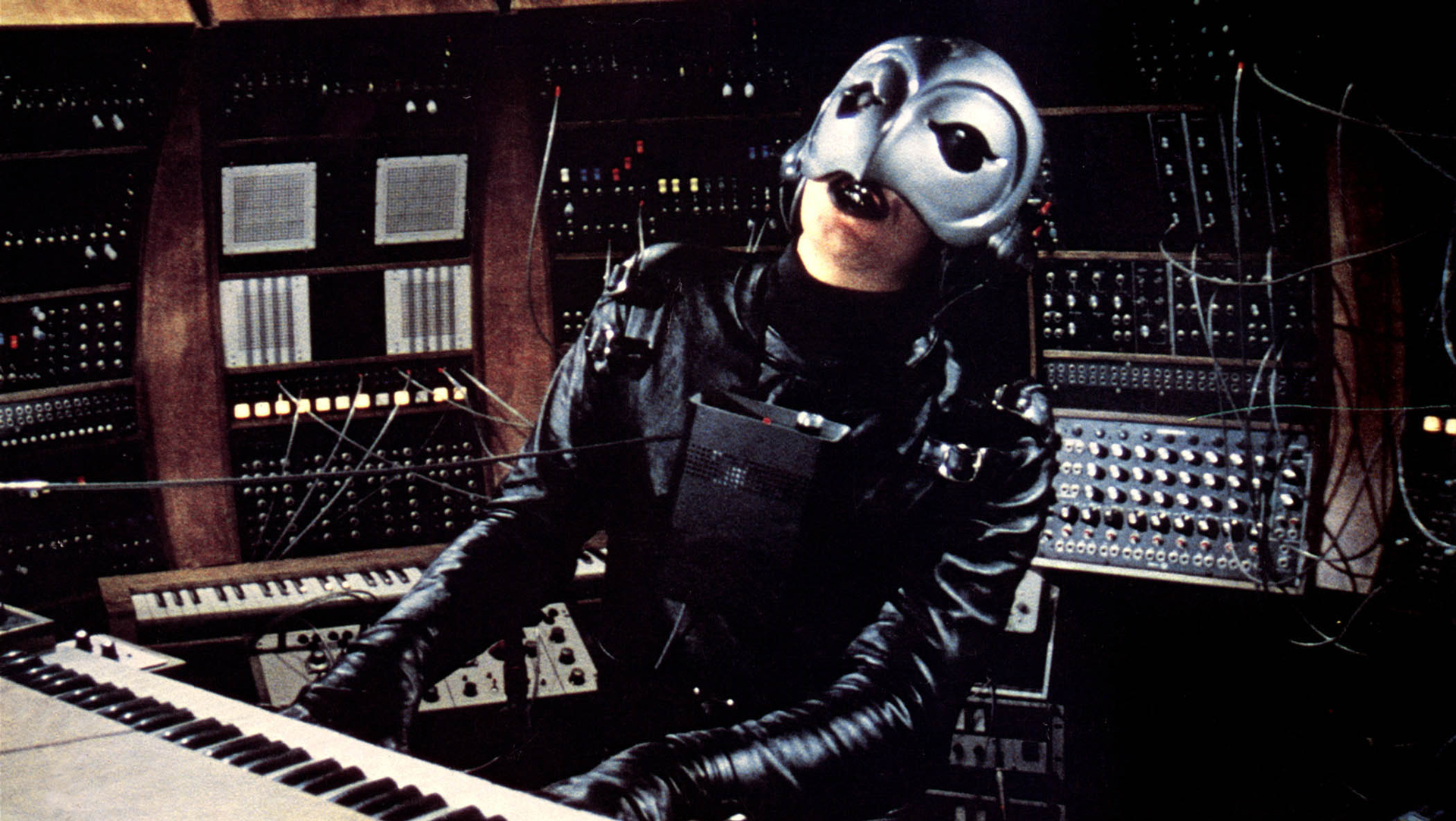 It is said that the best horror films traffic in the slithering, slimy replacement of the mundane by the uncanny. True, to some extent, but the best of the best posit something more. Take 1974’s The Texas Chainsaw Massacre by Tobe Hooper, a work that posits the mundane as the uncanny, locating a world where the mundane regions of American society were the most uncanny. A world where mundane and innocent society never really existed except in the romantic dreams of the American imagination. A world where everyday life is actually an uncanny abyss of demonic activity just waiting to swallow goodness and human life up whole.

Brian De Palma, never one for nuance, countered Hooper with his own 1974 release, a work where the uncanny exists all on its own. A work that doesn’t need the mundane. A year prior, De Palma had announced himself as an Old School Hitchcockian force of diabolical nature with the wonderful exercise in style masquerading as substance, Sisters. A year later, with Phantom of the Paradise, he announced himself as a rock ‘n’ roll director who didn’t even care to have his style pretend to be substance. Sisters was a work that showed he had only one use for the modern age: that it allowed him more blood than Hitchcock could ever have used in the ’50s. Phantom shows that De Palma was jumping full force into the modern age by taking it back to the stone age, the wild years of cinema in the ’20s when anything could go and cinema was an adventurous painting of humankind’s wildest dreams.

To do so, De Palma concocted a totally bonkers work of gonzo filmmaking, an update of classic works of largely unrelated theater and literature ranging from “The Phantom of the Opera” to “Faust”, stirring them all together with bourbon and gin and using a rod of lightning instead of a spoon. His film begins with a devious trick – hiring the unmistakable tones of Rod Serling to narrate an intro over a psychedelic collage of nightmare colors, giving him perhaps the loopiest script he ever had to work with and daring the venerable narrator to make it sound serious nonetheless.

From there, it only goes further down its bad acid trip, introducing rock musician/ songwriter Winslow Leach (William Finley), who writes for a ’50s style rock ‘n’ roll revival act named the “The Juicy Fruits” that is exactly as kitschy as you might imagine. One day, his musical adaptation of the Faust myth is stolen by a satanic record producer (as though all record producers aren’t satanic) named Swan (Paul Williams). When Winslow confronts Swan about this act, he is sent head-first into the screwiest acid-trip he or maybe anyone has ever had, escaping from a prison only to torment the Paradise theater, the location where Swan is putting on his first show with Leach’s music.

Released between his Hitchcock-update Sisters and his seminal adaptation of Steven King’s Carrie, one might assume going in that Phantom of the Paradise is a furthering of De Palma’s obvious and then nascent desire to be a horror-thriller director. If you squint, and I mean really squint until you basically can’t see anything anymore, you could maybe, just maybe qualify Phantom of the Paradise as a horror film. But “horror” isn’t really on the menu for Phantom of the Paradise. It is a film that is almost exclusively inspired by horror fiction for sure, but its idea of what to do with all that fiction crammed into its head has nothing to do with “scary”.

Starting where the film does, the beginning of Phantom of the Paradise finds De Palma latching onto another early ’70s trend: the 1970s cultural zeitgeist fascination with the 1950s and early ’60s as a time of romantic idealism. Released one year after the de facto beginning of this explosion, George Lucas’ American Graffiti, the beginning of Phantom is a sort of re-reading of early ’60s music trends by way of a late ’60s psychedelic fantasy, leading to a mashed-up collage of styles, themes, and time periods that is limited by none of its individual parts. De Palma certainly gets points for openly addressing the way in which this cultural memory of the early ’60s was nothing more than a form of theater, with the 1970s not so much re-creating the actual 1950s and ’60s but instead a more naïve, innocent, idealistic fantasy version of that time period.

From there, De Palma adopts a tone of flamboyant high-melodrama hiding a wonky camp attitude underneath, taking no small cue from “The Rocky Horror Show”, which would receive a cinematic adaptation just one year later. Certainly, after opening like a take on the ’70s fascination with the 1950s, none of the rest of the film is interested in that trend at all, rushing instead to the next intoxicant it can find in its parade of oblong scenes and images. The whole feature is brimming with absolutely gonzo cinematic trickery and production design experimentation to concoct a bizarre assemblage of primary-colored mid-century science fiction tropes knocking heads with ceremonious progressive rock improvisation. Sometimes it forgets to stop and actually invite emotion into the mix, let alone to be a horror film in any conceivable way, but the hurried, frantic lightning-storm of cartoon-storytelling and Keaton-esque physical showmanship set down next to stuffy, earnest romantic balladry is impossible to look away from.

Within this rush, it is awfully easy to miss the the self-conscious satire of the pop culture industry in the 1970s, then entering an unmitigated commercial faze when all varieties of slinky, almost self-parodic, droopy, high-glossed commercialism reigned supreme. Phantom is, essentially, a satire of the way seemingly any fad, no matter how over-zealous and candy-coated, could become the next big thing so long as it had the full-force of a corporate conglomerate backing it. Everything conspires to have the damned silliest time mocking the bigness of the early ’70s – from the operatic, exaggerated set-design to the glam-rock pastiche costuming to the cinematography that favors soft, primary colors and extremely, uncomfortably assertive wide angle shots. Even the way the film begins like a parody of the ’50s and then gives it all up for a parody of the ’70s exposes the way the ’70s corporate machine recreated a pop-version of the ’50s as a fad before dropping it entirely to latch onto the next big trend.

Which doesn’t even mention the show-tune numbers, intentionally sloppy parodies of heated glam-rock, drippy self-serving ’70s California singer-songwriter tunes, and lightweight story-song pop-rock songs, all written by Paul Williams (who plays the satanic Swan) with no common sense or good taste. They’re all the better for it.

With such gleeful absurdism (William Finley’s costume post-disfiguration is a cross between proto-Darth Vader and a birdlike supervillain, and his manic, gesticulating, robo-Frankenstein vocal utterances are transfixing), the film can get a little ahead of itself. But it is hard to ask such spirited tomfoolery to slow down and make sense even for a moment when it is having so much fun not making any sense at all. There’s so much jam-packed into Phantom. De Palma even finds time for his customary horror-film odes in a stage-show that resembles The Cabinet of Dr. Caligari and a comic absurdist allusion to Pyscho, which seems like a parody of his own tendency to arbitrarily and too-literally quote Hitch even when it was uncalled for. Still, it’s this scruffy arbitrary quality that allows the film to parody the scruffy arbitrary qualities of pop culture at the time so well. Phantom of the Paradise is lost in its own disorderly trance, and watching it is its own form of manic high.